A downloadable Fighting game for Windows

Vecho Fights is a 2D side scroll one on one fighting game that has two characters duel in a best two out of three matches. Game play mechanism is focused on players creating deadly combos using any of the nine characters by chaining or combining their different attacks such as special attacks,boosters,juggle or ordinary attacks(punches or kicks).

The game is still in early development most of the content is still missing such as characters,arenas,arcade mode,art zone etc. These will be added with time as updates. Currently these are some of the game features :

-Juggle system that can chain any attack into a combo

-A traffic system that helps you determine an opponent's state such as if they are invincible or blocking based on certain colors.

-Ten battle arenas or locations with background characters and objects.

-Arcade mode plus other modes such as V-ARCs (story mode).

-Extra costumes for all 10 characters.

Use the yellow mouse to select a mode in the main menu and other options such as difficulty setting,changing a page or dialogue.You can find information about the default controls and how the game works in the 'HOW TO PLAY' option and character's movelists in the 'COMMAND LISTS' option on the main menu screen. If controls are not responding click on the game screen to focus in.

When fighting the AI it may be blocking constantly try using a throw/grab or crouching attack or sweep to break its guard.

Feedback will be appreciated after playing this game.It will help me make the game better.*note this is a prototype and is still a work in progress so expect  one or two bugs.

https://www.patreon.com/JackBandai (Support me on my patreon page)

In order to download this Fighting game you must purchase it at or above the minimum price of $12.50 USD. You will get access to the following files:

Interesting stuff, always wanted to make a beat em up but have no coding skills to manage it lol, do you have a discord?

Yes I have a discord server its called The V-corps (Vecho Fights). Oh and you can develop a beat em up you could get game engines that need little to no coding at all and watch some YouTube tutorials on the same game engine

thank you, could not find any discord with that name though... do you have a link?

Go to YouTube check the comments I sent a link

Thanks really appreciate you playing my game and giving me feedback there is more to come soon near in the future stay tuned :)

Captain Jim and I lost but it's a fun game! It runs a little slow on my PC starting up but once I started playing it ran fine. Nice job!

Good but you should add a training mode

Will do thank you for playing more updates to come soon

YEA I PLAYED YOUR GAME I HAD SOME FUN WITH IT MY WAY  :)

Thank you very much for trying out the game and giving me some feedback I saw the video. Sorry about the Cpu acting like a wuss still trying to code it into a more offensive A.I (cpu) an update will be out soon maybe in two weeks time with a more offensive than defensive cpu. 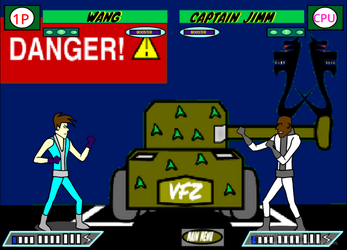 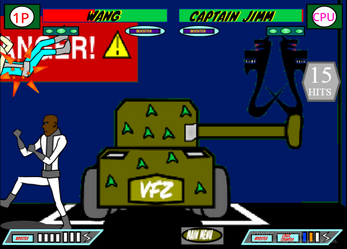 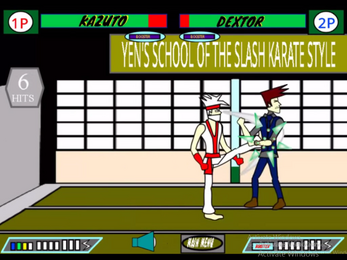 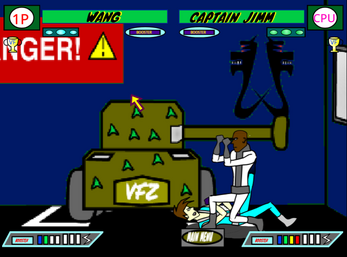